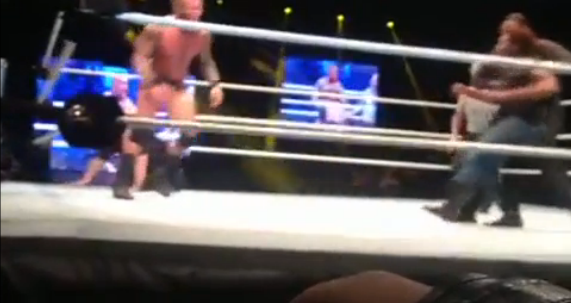 While doing his signature pose after beating Big E in Capetown on their international tour, Randy Orton was attacked by a fan who was able to get into the ring.

The fan low blowed Orton and Orton went down. Security jumped all over the guy and took him out of the ring. Orton got in a kick at the end.

According to TMZ, the fan was arrested.