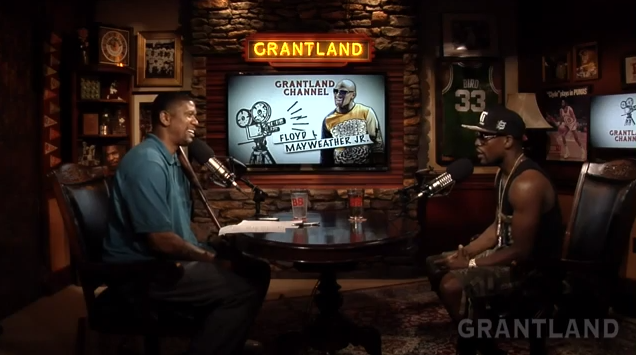 If you’ve never heard Jalen Rose before, he has an excellent podcast called The Rose Report on the Grantland Network with David Jacoby. They mostly discuss basketball, being that Jalen is a member of the media with close ties to the sport of basketball.

He’s also a big fan of boxing and Mayweather because of them both being Detroit natives.

Floyd channels his inner-Gene Snitsky and says, “It’s not my fault that I’m making A and B level fighters look like D level fighters.”

He also promotes his mega-fight with Canelo Alvarez.