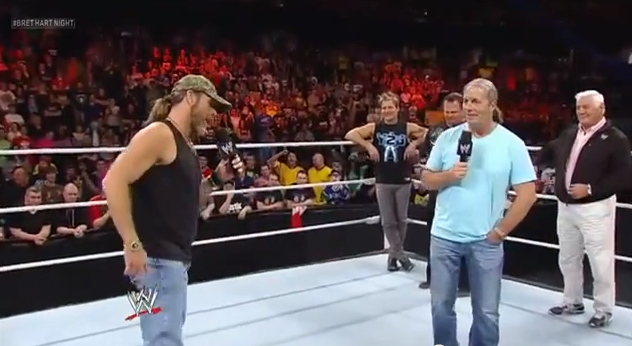 On May 27, 2013 in Calgary after Raw, WWE held Bret Hart Appreciation Night. However, it wasn’t on television. It was only available through the WWE app and they haven’t shown it on TV yet. I imagine it will be on another Bret Hart DVD collection down the line.

I haven’t looked hard for it as I’m sure it was up on YouTube the next day, but I found it and was able to watch it. It’s a short, but nice touch.

Jerry “The King” Lawler hosts the event. Bret speaks for a short time and talks about his dad, Owen Hart, and some of the other folks who have meant a lot in his career.

At just under 31 minutes, it’s a short, but sweet watch.