Raw had strong angles yet again and was the Daniel Bryan show. When Daniel Bryan wrestles three times in one show, there’s a good bet that the wrestling portion of the show will be strong.

Just kidding! We’re a PG-13 website (though, if you click the header, you’ll see what you’re looking for.)

Welcome to the Daniel Bryan show. 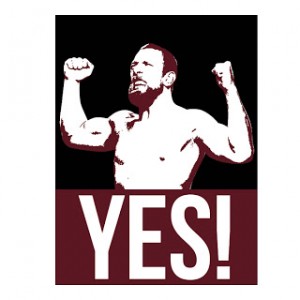 Raw opened with Brad Maddox interviewing John Cena. He asked Cena why he chose Bryan as if to say that Bryan was beneath him. Cena tried to say that he chose him because he deserved it. Bryan came out and did the “Yes!/No” gimmick with Maddox as the crowd was hot. Maddox kept cutting off Bryan in a disrespectful way and Bryan answered back. Maddox booked Bryan in multiple matches so that he could prove his worth. Oh, beating the Shield and Randy Orton must’ve not been good enough. They both signed the contract for their match at SummerSlam.

Bryan and Cena did a tamer version of the Kane/Bryan stuff where Bryan didn’t want him to interfere in any of his matches because he wanted to prove himself.

In the main event segment, Bryan first faced Jack Swagger and tapped him out via the Yes Lock.

Then, he faced Antonio Cesaro. This match was really long, but good. Bryan beat Cesaro with a small package after Cesaro tried to send him to the moon with his uppercut.

Ryback came out and he and Bryan did the babyface in peril against the monster match that is the only match that works for Ryback. Bryan won by DQ after Ryback put him through the table. Cena came out to chase Ryback and yell at him for putting him through a table after wrestling for thirty minutes. Cena also challenged Ryback to a tables match.

Vince McMahon and Brad Maddox who have great chemistry together, decided that next week, Bryan would face his former best friend Kane.

CM Punk and Paul Heyman take you to promo class.

If you wonder why Punk’s matches get over so well and from time to time, Cena’s don’t, you need only watch this segment. Punk came out to do a promo and was angry. He put over Brock Lesnar’s accomplishments, but then said that the reason why he’s so good is because everyone is afraid of him. He said that he isn’t.

Heyman showed up on the Titan Tron via satellite and said Brock was his best friend. Punk said the match would be the best vs. the beast and Heyman said that was incorrect because the beast was the best. The match is signed for SummerSlam.

The entire back and forth was amazing work and Punk vs. Lesnar might be the most must-see WWE match of the year.

Dolph Ziggler vs. Big E is going to be fun.

Dolph Ziggler beat Justin Gabriel and Big E and AJ Lee crashed the party. Big E looked to dominate Ziggler again, but this time, Ziggler outsmarted him and out-athletic’d him and escaped.

If I’m reading this correctly, I think we’re going to have a great big man/medium sized man match. Ziggler will bump like a machine and Big E will do all the crazy power spots. This feud will get Ziggler over as a babyface more than getting revenge on Alberto Del Rio would’ve. Well, at least that’s what I’m predicting. 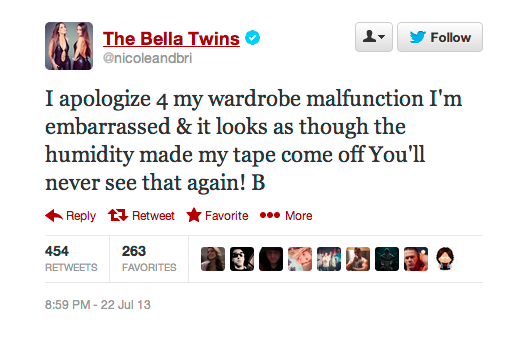