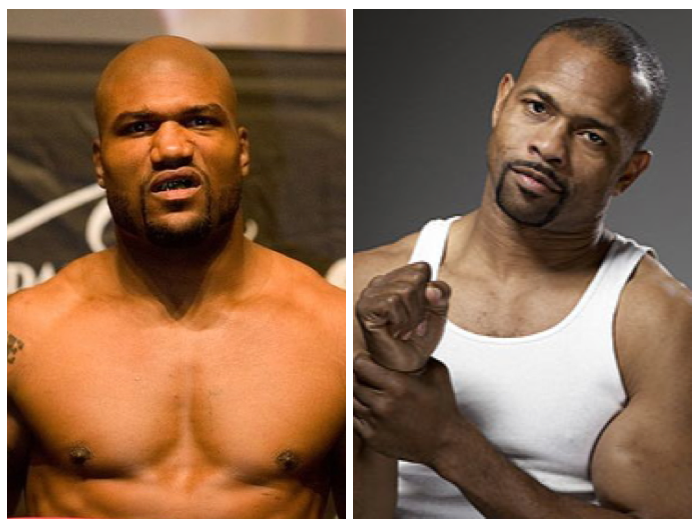 MMA Junkie is reporting that Bellator will announce a Rampage vs. Roy Jones Jr. boxing match for PPV later in 2013 on their live TV show Wednesday.

The fight is expected to take place at the end of the year, though a date and weight class for the bout could not immediately be confirmed. It’s also unclear how the event will be branded given Bellator and parent company Viacom’s focus on MMA.

There was talk recently by Dana White that Roy Jones Jr. was interested in facing Anderson Silva in a boxing match. Jones Jr. was even in attendance when Silva was knocked out by Chris Weidman.

In an actual boxing match, Jones Jr. has a huge advantage over Rampage. Rampage is strong and when guys stand in front of him, he has to power to knock almost anyone out. However, Jones Jr., even in the twilight of his career, should be able to handle Rampage fairly easily.

If this were an MMA fight, I would favor Rampage similarly as long as he decided to use his wrestling and kicks.

We’ll hear more about this next week when Bellator 97 kicks off from Albuquerque, New Mexico.