I personally love Instagram as a way for entertainers to touch their fans. I don’t follow many celebrities or athletes, but two who I do follow crossed paths late Wednesday night.

Ronda Rousey posted a photo that showed her wearing The Rock’s WWE championship, which he won earlier this year before dropping it to John Cena. The Rock is overseas shooting the movie Hercules. So where did she get it from? Well, the Rock retweeted her photo and added a little bit of color to the photo.

Ronda was at Rock’s agent’s office and posed for the photo with the championship. I wonder if we’ll see more synergy between Ronda and the Rock in the future?

Ronda And The Rock 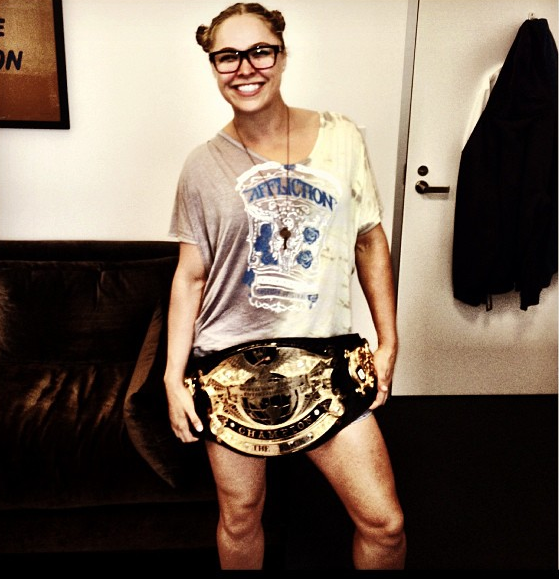 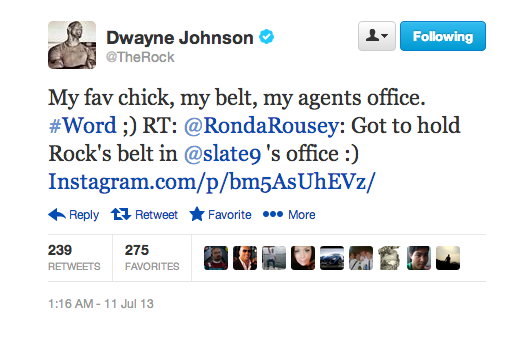