We decided to take all the PPV winners of the King Of The Ring tournament and add some guys who were also deemed “king” in WWF rings over the year. Two specific “kings” we didn’t add were Jerry “The King” Lawler since he was king before he came to the WWF and Hacksaw King who was just awful.

We created a 16-man bracket and put all the names into a random draw.

The FGB crew will discuss each match-up and I’ll post some of the discussion as part of the match write-up. The five of us (Big D, Alan, Duan, Cadillac D, and myself) will vote on who we think should win and someone will come up with a finish.

After a decision is made, each match-up will be posted and the winner will move on. After 15 matches, the King Of All Kings will be crowned.

We’ll be back soon with the first match-up, Ken Shamrock vs. Harley Race. 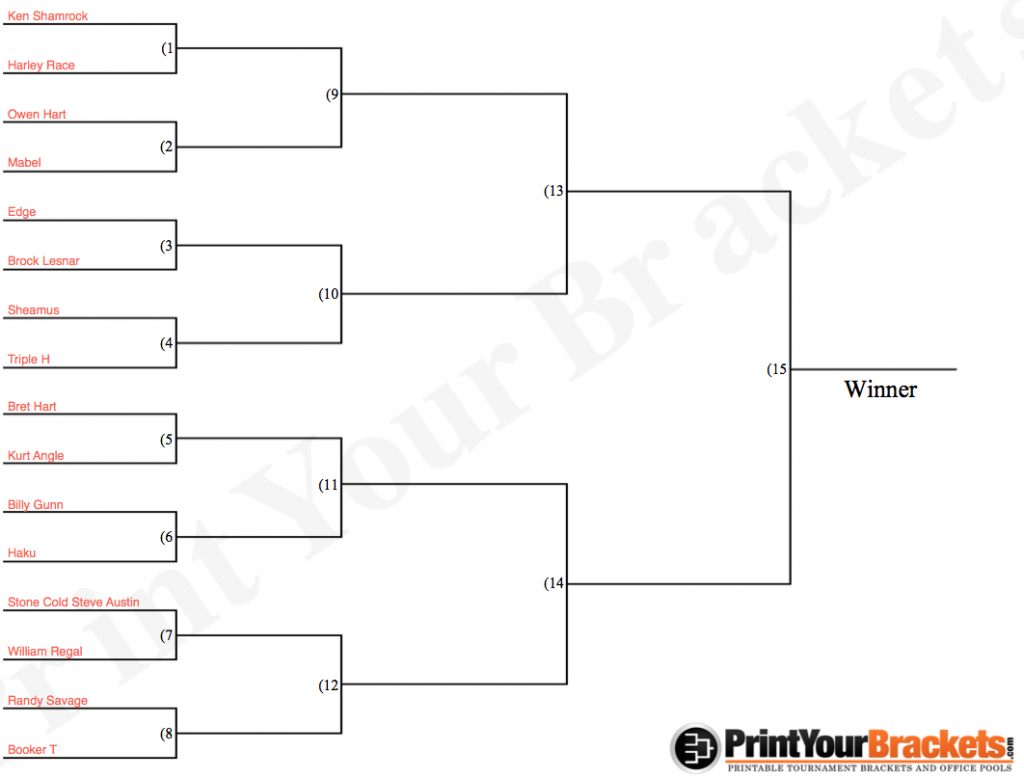