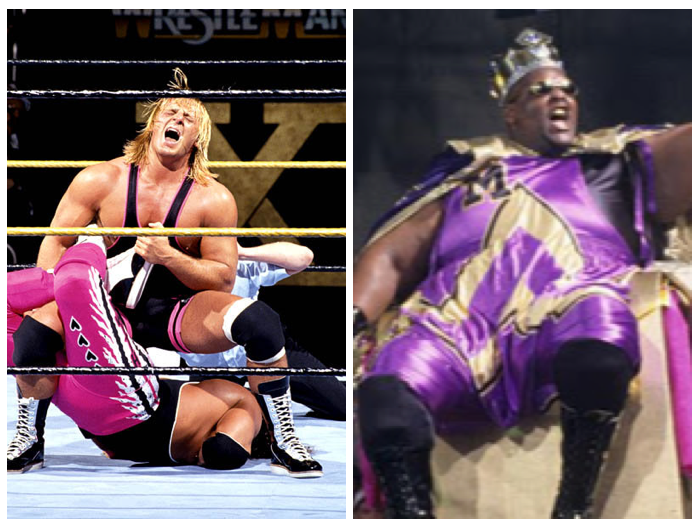 Anytime you have the pre-Viscera Mabel in a match, there is one thing for sure. It’s going to be bad. So how could the King Of Harts not only beat Mabel and make it an enjoyable match?

Making it a good match might be a bit hard. But an enjoyable match? I think Owen Hart could pull that off. But could he beat him? Owen wasn’t necessarily a small man as he was just built like a fire hydrant. But Mabel was 500 plus pounds of girth. Who wins this match-up?

GG: As long as Owen makes sure big Mabel doesn’t fall on him, he escapes right?

Big D: Even though Owen was a heel most of his big run, he’s a face here. He’s the Rocket – including the music.

GG: If he’s the Rocket other than the King Of Harts, he wouldn’t be put over. I think we need to keep him heel. He barely beat anyone as a babyface.

Cadillac Don: In my match, it’s Owen playing heel, but the crowd on his side. We must be in Chicago.

Duan: I kinda liked Mabel back in his Men On A Mission days, but regardless, this one is a no brainer. These two won in consecutive years, so it’s not much of a stretch to compare reigns. The 1994 tournament was a lot of fun, the win elevated Owen, and he was able to run with the king gimmick, which in turn helped carry TV and PPV through the rest of the summer and beyond. The 1995 show was a catastrophe, Mabel’s push was a bust, the character went nowhere and it lead to nothing. The King of Harts takes the W for me.

Big D: Mabel works him over the entire time, but Owen makes comebacks. Throws a couple drop kicks but can’t get the big man off his feet.

Alan: Owen will have to use all his quickness and all of his wrestling smarts to overcome the massive Mabel, who will be looking to throw his weight around (literally).

Big D: Owen climbs to the top and hits the missile dropkick – Mabel finally goes down!

Alan: The sharpshooter will be out of the question on the big man, so a rollup of some kind may be his only option.

Cadillac Don: Mabel looks for a large avalanche in the corner.

It was a clean sweep for Owen and he goes onto the second round to face Handsome Harley Race.

In our next match, Brock Lesnar will take on Edge. 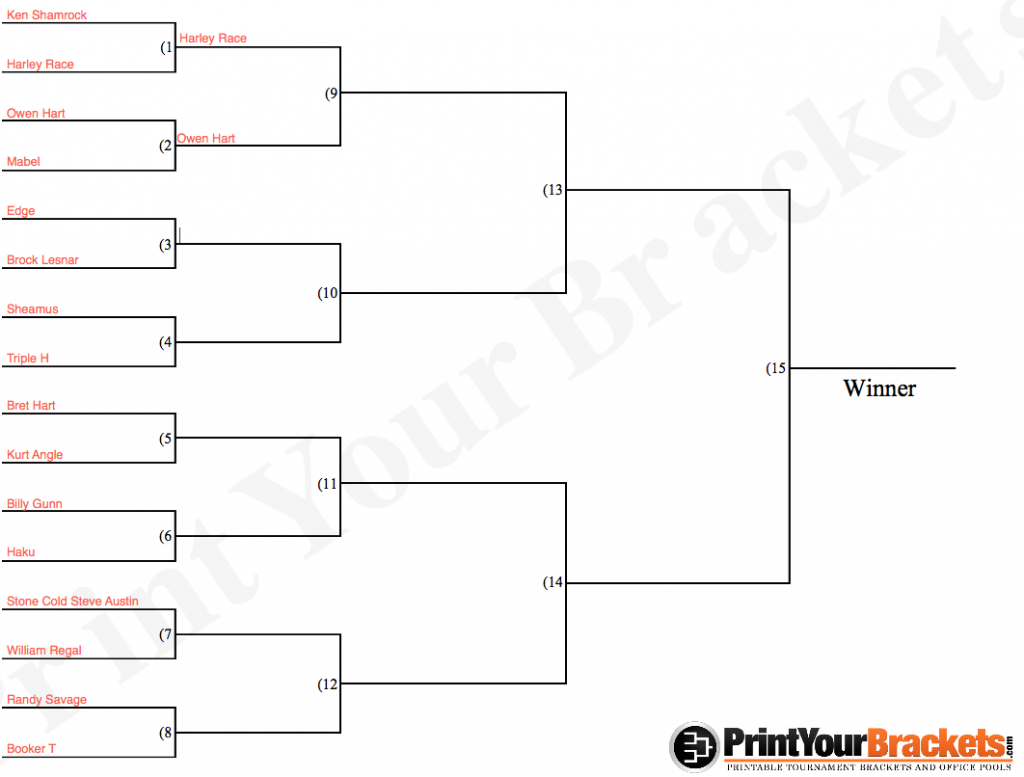 Tags: King Of All Kings, King Of The Ring, Mabel, Owen Hart, Owen Hart vs. Mabel