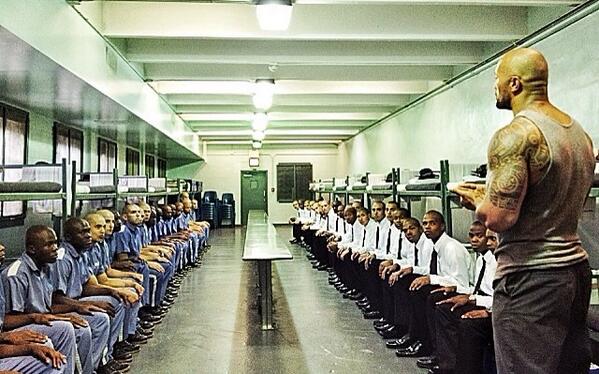 Will The Rock miss WrestleMania 30?

Earlier in the month, Michael Esseny wrote in the Examiner that the Rock may be involved in Terminator 5, which Arnold Schwarzenegger just signed on for. His involvement in the movie would cause him to miss WrestleMania 30, which was rumored to be centered around a match between he and Brock Lesnar.

Rock is also on the cover of the brand new WWE 2K14 game, which is the first game under the 2K moniker after leaving THQ. With Rock still in the mix with WWE because of the game and his involvement in the press conference announcing WrestleMania 30, most wrestling fans figured Rock would be at the event.

There was one worry and it was simply that his injury at WrestleMania 29, which caused a delay in the shooting on his new movie Hercules, would cause the Rock to re-think his strategy of the double career of main eventing huge WWE shows and continuing to be a huge movie star. After the release of “GI Joe”, “Snitch”, “Pain and Gain”, and the super successful “Fast Six”, his Hollywood profile has never been bigger.

One thing Rock has shown is an ability to juggle many things at once as he shot his TNT reality show “Hero” in the midst of his busy schedule.

But Grantland picked up on the story, which was unravelled more by movie website JoBlo.com.

Amos Bashard thinks Rock’s rumored involvement with the Termintor franchise is a no brainer.

As for Dwayne Johnson’s involvement: Seeing as he’s been The Sequel Whisperer for years now (note Fast Five: He’s specifically great at showing up during installment numero cinco), and that he’s the closest we’ve gotten to an action star since the ’80s prime, it’s a no-brainer. Now someone clean up Edward Furlong, and we are good to go.

Maybe Rock will pull out this impersonation again.