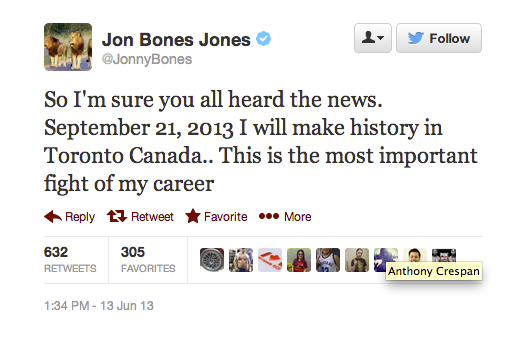 While promoting the UFC 161 event, which is this Saturday in Winnipeg, Dana White announced that several big fights were either done, or close to being finalized.

He announced the following fights:

– Jon Jones vs. Alexander Gustaffsson for UFC 165 in Toronto

Jones called the fight the most important of his young career.

But that wasn’t all the news that has come out of Winnipeg.

Earlier today, White tweeted that Anthony Pettis was out of his fight against Jose Aldo at UFC 163 because of a knee injury and replacing him would be The Korean Zombie. 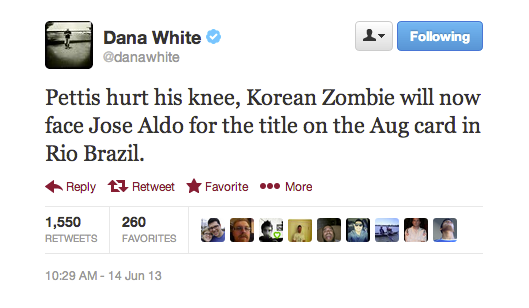 All of the news has overshadowed the UFC 161 event, which as I wrote about, is suffering from the loss of top fights.