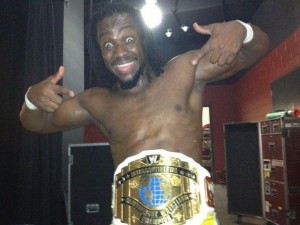 Even though Raw was loooonnnnnnnggggggg, I was still fairly entertained and I thought they built up Vince McMahon’s announcement very well all show long. I’m not sure I like John Cena’s reasoning, but oh well.

1. Here’s your chance, Ryback.
Booking Ryback vs. CM Punk in a Hell In A Cell is a helluva task and we’ll post our booking ideas for the match later this week. Either they go full boat with Ryback, he loses in a way that doesn’t kill him (which may not be possible), or there’s some kind of non-finish that probably makes the PPV viewer feel as if they just wasted their money. Not an easy task to say the last.

I don’t know if I was happy with John Cena’s reasoning which is basically that he wants to see CM Punk get his ass kicked by a monster, which takes away everything he’s said previously about his desire to hold the championship. They really should’ve just been honest about his arm, or had someone hurt it more to give him a reason to not take the match.

2. There’s no steam for Big Show vs. Sheamus.
And it’s not because they’re not booking Big Show strongly. They are. But we’ve seen him so much that it really doesn’t matter. It’s not him. It’s that we’re just tired of him. As for Sheamus, I don’t know if he’ll ever get over, over. And it’s not like he’s doing a bad job either. He’s just booked as an Irish John Cena and the hardcore audience is tired of the regular John Cena. I have enjoyed the matches with Wade Barrett, but they really need to build Barrett up and build to WrestleMania with both guys. They are wasting so much potential by having them wrestle on Raw.

3. Kofi kicked Miz’s head off.
If you didn’t see the finish to this match, go here: https://fightgamemedia.com/2012/10/video-kofi-kos-the-miz/. Talk about a mistiming. We saw a whole lot of Miz and Kofi in San Jose last Tuesday. The feud is fun because it’s a fun mid-card story to tell with Miz’s mic skills and Kofi’s wrestling skills. And they’ve added something to the feud by having *spoiler alert* Kofi win the IC strap from Miz on tonight’s Main Event. I think they could have a fun match at Hell In A Cell if they get more than 10 minutes.

The tag team rejuvenation that WWE has been doing was put on hold until next week when Sin Cara and Rey Mysterio face The Rhodes Scholars. Mysterio was out with the flu. But there were still fun tag matches (or slight squashes) which shows promise. There are some good teams out there and I hope they don’t get split up.

Also, I think Antonio Cesaro is slowly getting over. My kid loved him at Smackdown and was doing his dance Sunday night while the San Francisco Giants were coming back against the St. Louis Cards. It’s going to happen slowly, but it’s going to happen. Cesaro is a stud.