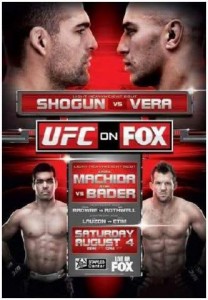 Jason Hagholm, aka @dadrrtywhyteboi (or dadrrtyTOUTboi) and I are back for our fifth show in five weeks.

We go over RAW 1000 in detail. One of us hated the show while one of us really liked it. We talk about all the angles, what worked, and where they’re going. Jason really hated the Tout stuff, so much that he wanted to just talk about it all night.

We talk about Robert “The Ghost” Guerrero and his victory over Selcuk Aydin on Saturday. It was a victory in which Guerrero jumped two weight classes to 147, which is a big money division. We also talk about the great story with his wife Casey and her fight against cancer.

We talk UFC On Fox 4 and give our predictions for the TV portion of the card. We also wonder how the UFC can sell this card as a battle for the next fight with the Jon Jones/Dan Henderson winner.

Then, we spend a few minutes on Summer Olympics.