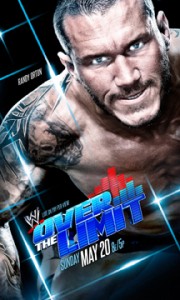 After such a great PPV last month, this one doesn’t look so hot. They’ve cooled off Brock Lesnar considerably and now, Johnny Ace is in the main event and John Cena is right back in the ring. The product is so cold, but as shown by Rock and Lesnar, can have hot moments. But they spend so much time trying to cool off those hot moments. It’s pretty laughable.

1. Jobber Battle Royal for a shot at the IC or US title

2. Dolph Ziggler and Jack Swagger vs. Kofi Kingston and R-Truth

How do Ziggler and Swagger not have an official team name?

It was a very old school and traditional tag match psychology with tremendous athleticism. All four guys did a great job. Swagger and Ziggler had the heat on Truth forever. Hot tag to Kofi and all the high spots followed. Ziggler hit the Zig Zag and Truth broke it up. Truth did a dive over the top rope and Miz didn’t catch him. Just kidding. Ziggler ran towards Kofi and ate a Trouble In Paradise.

Layla actually won the match. Beth worked on her knee for a lot of the match. They did the roll-up spot to make you think Layla would get luck with the win, but Beth kicked out. Then, Layla stuck a neck breaker and pinned her.

As you would expect, the match was chaotic, but well planned out, especially for the last five minutes. There was a chance where I thought Jericho was actually going to win the match near the end as he had Sheamus rolled up. Orton hit the RKO on everyone and even did the DDT from the second rope on both Alberto and Ricardo. But then Sheamus gave him the Brogue Kick. Jericho hit the Code Breaker on nearly everyone as well. After Jericho got a two-count, Sheamus grabbed him for the White Noise (stupid name) and got the three count.

Miz is pulling double duty. Miz came out dancing to his theme song with Thriller choreography.

Match was longer than probably all Brodus matches, but he won the way he always wins, with the big splash.

There wasn’t a lot of buzz into seeing Christian twice. He beat Rhodes to win the IC strap in a pretty good match with the Killswitch. The best spot of the match was Cody’s sweet moonsault.

This was really excellent. Great psychology. Great athleticism. Back and forth match where both guys got over and the guy who lost was over a ton. Punk targeted Bryan’s kicking knee. Bryan continued to target Punk’s ribs from his Smackdown injury. The best spot early on was a Surfboard maneuver in which Bryan was shouting “Yes!” as he rocked back and forth. Punk hit the Randy Savage savage elbow after Bryan hit the headbutt from the top. They were playing a game of top this. At the finish, Bryan finally got the Yes Lock on Punk and rocked back on it, but his shoulders were down. The ref counted three and one second later, Punk tapped. Bryan thought he won.

Cena goofed around with Johnny Ace for the entire match which was reminiscent of whenever Steve Austin would work with Vince McMahon. Ace got in a few chair shots. He tried running to the back, but was cut off by The Big Show, who was fired on Monday. Show threw Ace into Cena for the FU and then Show blasted Cena with a right hand and Ace got the pin.