I absolutely have no idea how they’re doing the draft tonight. But I remember that the only two drafts that felt like they were truly special drafts. The first one was the inaugural draft with the brand extension as the reason for having it. The entire roster was drafted by Ric Flair and Vince McMahon and it was made to be pretty important.

The other draft that was special was when John Cena and Batista traded places as champions and I remember that draft being held over a few weeks.

The last few drafts haven’t really been anything other than a random trading of talent. What should they do to spice it up?

Well, they should hold it like a real sports draft.

In order for it to be compelling, there has to be a reason for guys to move. Wouldn’t it seem interesting if Vickie Guerrero from Raw looked at Evan Bourne as an up and comer and used a second round pick on him? Would that immediately make Bourne?

Now, if I were booking this draft, I’d have Guerrero, Long, and Tiffany all set two freeze choices each. For Guerrero, she’d probably freeze John Cena and Shawn Michaels. For Long, he could freeze Triple H and the Undertaker. And for Tiffany, she could freeze Swagger and Christian. That would mean that those wrestlers wouldn’t be able to be drafted by the other brand general managers. But everyone else would be up for grabs.

Say that Guerrero has the first pick and her first pick is Jeff Hardy. Because Hardy had to leave Smackdown, Long would be able to freeze yet another person since he just lost a wrestler. He could then freeze and pull back Edge. Edge would now be not draftable. 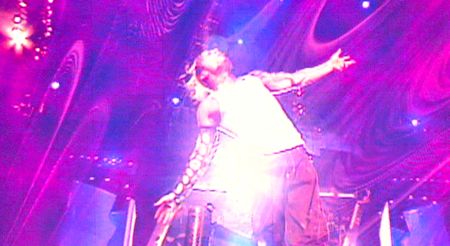 Long could then draft Batista and Guerrero could then freeze yet another superstar since she just lost one. She could pull back Jericho. The entire night could be based around strategy and how valuable you deem your top guys.

I would also have a trade made on the show. Let’s say that Tiffany really wanted CM Punk. How much would she be willing to give him up? What’s he worth? A John Morrison? A Mark Henry?

This is also how you could get champions to change brands if you wanted. You want John Cena on Smackdown and Triple H back on Raw? Trade them straight up.

It would make the draft seem important rather than random, and put the general managers over as people who care about their brand. When Eric Bischoff and Stephanie McMahon were GMs, they cared about their brand so much that the brand extension actually mattered. It doesn’t really mean anything right now.

Will they do it? I doubt it. But I think it would freshen up the draft and make it feel important again.