My FGB brothers and I have put together a list of what we believe to be the greatest matches in Wrestlemania history. We started by selecting all of the matches that we remembered to be in the neighborhood of 3 stars (0-5 scale) or higher, and then took a close look at those matches and rated them fully.

The four of us are distinctive in our tastes for what makes a good pro wrestling match. I wanted to give you an idea of who we are and what we like so you know where we are coming from.

One thing that I want to note is that we’re not giving any special treatment to matches that drew incredible business or are historic because of what they meant to business. Thus, you won’t see Hulk Hogan vs. Andre The Giant. It was a terrible match, and even though it was historic, it wasn’t any good and won’t be on our list. 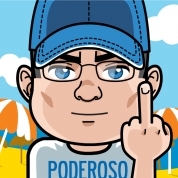 Big D
Danny says that he likes anything that’s good. He doesn’t like pointless brawling with punches and kicks ending in double countouts. He can go for good high flying matches or good scientific matches as long as they tell stories and have a beginning, middle, and end and contain something that’ll excite him. Some of his favorite eras in wrestling include WWE from 1997-2001, ROH from 2004-2006, and ECW 1995-1999. He also includes Bret Hart, Bryan Danielson, and Ric Flair as three of his favorite wrestlers. 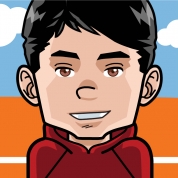 Alan
Alan calls himself the hybrid wrestling fan. He likes everything. It can be Jim Duggan and Buzz Sawyer brawling and cursing like sailors, or 12 Toryumon guys going 100mph. If it’s good wrestling, he enjoys it. Some of his favorite eras include current Dragon Gate, early-mid 90s All Japan, and early 90s WWF. Three of his favorite wrestlers are Bret Hart, KENTA, and Kenta Kobashi. 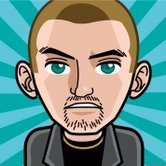 Duan
Duan’s favorite style is what you’d call British style wrestling, which is legitimate looking, and has a deliberate/technical style. His favorite eras include old WWF/WWE and when WCW was at its peak. Some of his favorites of all time include Bret Hart, Eddie Guerrero, Curt Hennig, and the Dynamite Kid. 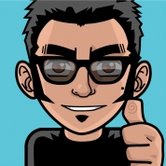 GG
GG is more of a fan of stars than of the actual wrestling itself. He doesn’t enjoy what most would deem a good match if he wasn’t interested in who was wrestling. If there’s a story that gauges his interest though, he can watch anything. His favorite wrestling includes mid to late 80s WWF/WWE, late 80s NWA, and late 90s WWE. His favorite wrestlers include Stone Cold Steve Austin, The Rock, and Eddie Guerrero.

Now that you know what kind of fans we are, I want to let you know which matches were left off our list. One thing you’ll notice about our list is that it’s heavy with matches from the last several years of Wrestlemania. WWE has definitely gone the extra mile to give viewers great matches over the last several years. So it shouldn’t be a surprise that there are more matches on our list from say the last five years than the first ten.

Here are some of the more eye opening matches that were left off the list and why:

The Ultimate Warrior vs. Hulk Hogan from Wrestlemania VI – This fell outside the top 40 in our rankings. We like the match for what it was and Big D even gave it 4 stars, but the rest of us didn’t have it any higher than 3.25 stars.

Hulk Hogan vs. Randy Savage from Wrestlemania V – This was right above the more well known Warrior/Hogan match and that probably has to do with the fact that Savage was a pretty damn good worker and for some reason, Hogan sold just as much for him as he sold for the monsters he was wrestling at the time.

Steve Austin vs. Shawn Michaels from Wrestlemania XIV – This match was ranked 37th by us and I think that’s about right. It was historic in that it helped kick off the most recently great era for WWE. Duan and Alan liked the match slightly more than Big D and me, but we all graded it similarly.

Bret Hart vs. Shawn Michaels from Wrestlemania XII – People will think that this is our most glaring omission. Duan and Alan really liked the match to where they would’ve had it right around the top ten. I give it credit for trying to do something special, but I don’t think they really held the fans’ attention for the entire hour. But Big D simply hated it, which dropped it down a bit.

Shawn Michaels vs. Ric Flair from Wrestlemania 24 – Even though Shawn Michaels was sorry and loving, it still wasn’t enough. Danny and Duan really liked the match, both giving it 4.25 stars, but Alan and I were more lukewarm on it. I was a bit disappointed with it myself. It was good, but not great.

Other matches that were considered but left off the list include:

We will start with matches we ranked from 25 through 21 in the next couple of days.