For WWE, Raw serves a few purposes. There are two purposes that are very important to the everyday business. They are also related to each other. One of those is to entertain the viewer and give them a reason to come back and maybe even tell a friend or two. Another purpose is to use the show as a two hour advertisement for the upcoming PPV. By increasing the amount of people who will want to buy your PPV with your TV show, you are earning money for the company.

With last night’s show, they failed tremendously in both purposes. The show started off fine by the further building of Shawn Michaels vs. the Undertaker which at this point might be their only money match. Shawn super-kicked Taker after stealing his upcoming pinfall in a tag match and it was a fun way to open the show and build for Wrestlemania. And then the show fell completely off the cliff. 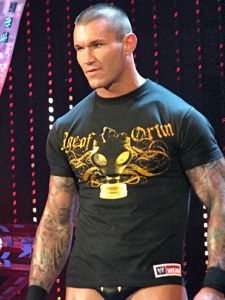 Triple H was in jail and posted bail and was back on Raw like nothing happened. Randy Orton decided against pressing charges and wanted HHH in the ring. Why? The man broke into your house with a sledge hammer, scared your wife to tears, and did it so carelessly and without remorse. He didn’t apologize. And yet, Orton decides not to press charges. Triple H then kills Cody Rhodes in a match that probably sets Cody’s career back about 5 years, all while a cage comes down from the heavens to keep Randy and Ted DiBiase Jr. out of the ring. And how does this make me want to see Orton vs. Triple H? To see Orton get his revenge? Wait, isn’t he supposed to be the heel?

But that wasn’t even the worst part of the show. The best storyline the company had going for it was Chris Jericho vs. the legends. Well, not anymore. Ric Flair came out and said that he’s not going to wrestle Jericho at Wrestlemania, which I’m fine with. But what I’m not fine with is that Ricky Steamboat, Jimmy Snuka, and Roddy Piper supposedly are. Has the booking/writing crew seen Piper and Snuka move of late? Is Ricky Steamboat coming back for his first Wrestlemania match in 21 years for this? And if Jericho is the heel, why is he the one against all odds? Jerry Lawler vs. Chris Jericho would’ve been much better than this. I can’t believe this is going to be the payoff.

They also just threw Rey Mysterio into a match with JBL for the IC strap. There was no build for it at all and JBL was pinned by Shawn Michaels in the tag opener. Rey was the MVP of both Elimination Chamber matches and he is just thrown in a match with no build. He could’ve been in the Money In The Bank ladder match. He could’ve teamed with Evan Bourne against Miz and Morrison. But no.

I’m now fine with the Big Show/Edge/Vickie love triangle because at least it’s something different and halfway decently built, and while it’s still a worse match with Show involved, it’s not longer one of the dumber angles on the show. But it’s not a match that I necessarily want to see, which I think kills the payoff of the angle.

Not only did the show fail to interest me as a fan more in Wrestlemania XXV, but it was also mind boggling from a logic standpoint and I can’t imagine it stirred interest for fair weather fans to watch next week. Usually, in the month or two before Wrestlemania, Raw puts on great shows. That’s not the case this year. It was a terrible edition.

And out of all the years to go to Wrestlemania live, this is the year I chose. Yikes.

Photo by mark.benton and shared via creative commons