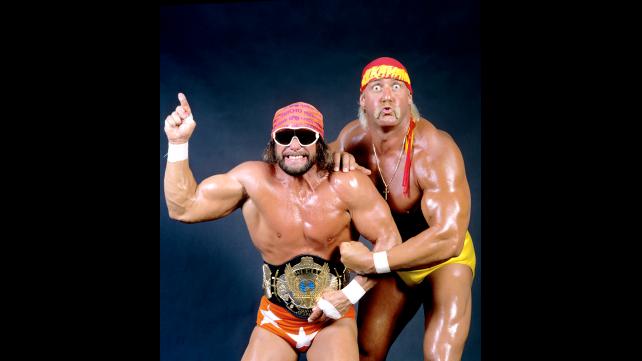 I was only twelve years old, but I knew what was going on. I knew that Hulk Hogan really didn’t fight Andre The Giant for real at Wrestlemania III. I knew that there was a team of people who came up with ideas, though I didn’t know that Vince McMahon was the owner and not just the announcer until a few years later. But still, in February of 1988 as a twelve year old fan who understood some of the business, I was still saddened even though I knew what was coming. Let’s go back slightly.

In 1987, the WWF had their most lucrative WrestleMania yet with Mania III. The buyrate was spectacular and they filled the Pontiac Silverdome. Even though they marketed the match between Hulk Hogan and Andre the Giant as the first time they ever wrestled, it wasn’t. And it was a spectacle, even though the match was bad. How can you top that? Well they couldn’t, but it wasn’t for lack of trying.

Fast forward to February of 1988. Ted DiBiase, aka The Million Dollar Man, said he was going to buy the WWF Championship belt. Hogan responded on an episode of WWF Superstars of Wrestling by saying that the belt wasn’t for sale. On The Main Event, which was broadcast live on a Friday evening on NBC, Hulk Hogan and Andre The Giant had their WrestleMania III rematch. When I heard that they were doing a live show on national television a month before Wrestlemania IV, I knew something drastic was going to happen. And then on the morning of the show, the San Jose Mercury News Sports Section did a story on the show, writing exactly what the finish would be. I was heartbroken while reading that Hogan would get double crossed by the referee and lose the belt to Andre. But I was the talk of the school that day. I told everyone I knew what the finish was going to be. But deep inside I was upset about what was going to happen. I was a heartbroken fan that night. I guess that means the angle was played out perfectly. Andre The Giant won the match because the referee was paid off by The Million Dollar Man (they used twin refs, Dave and Earl Hebner for drama) and then The Giant subsequently gave the belt to DiBiase. DiBiase had just bought the championship like he said he would.

But, president Jack Tunney said that DiBiase couldn’t buy the championship and declared the title vacant. Wrestlemania IV would be the place where they would hold a tournament for the championship. It would be a 14-man in the tournament, but Hogan and Andre would have their third match in a year to start off the second round after being given a first round bye. There were also some really good possible match-ups, with the best being Ricky “The Dragon” Steamboat and Randy Savage locking up in a rematch of their Wrestlemania III classic, but the WWF decided to screw the fans out of that match and had Steamboat lose to Greg Valentine in the first round. Either McMahon had heat with Steamboat, as was the reason Steamboat dropped the Intercontinental Title so quickly to the Honky Tonk Man in 1987, or he wanted to save that possible match-up for later, even though Steamboat would soon leave to the NWA where he’d have classic matches with Ric Flair and eventually win the 10 pounds of gold. With Savage, DiBiase, Steamboat, and Rick Rude in the tournament, there was a possibility of some really good matches. But of course, the WWF couldn’t give us the good matches. Rick Rude and Jake “The Snake” Roberts wrestled to a mind numbing 15 minute draw, knocking them both out of the competition. And in the worst case of overbooking Greg “The Hammer” Valentine defeated Ricky “The Dragon” Steamboat in a decent match. The Hammer would go on against Savage in the second round, who beat “The Natural” Butch Reed in the first round, and we would never see Steamboat vs. Savage part two.

They were pushing DiBiase as the favorite because of what happened at the start of round two. Hogan vs. Andre started off the second round and Ted would face the winner. He beat Don Muraco in the second round who defeated Dino Bravo in the first round. There were two trains of thought by fans. First, Hogan would win and he’d face DiBiase. Or Andre would win, and would forfeit his third round match to DiBiase as he said before the tournament started. But none of those things happened. Hogan vs. Andre was an awful punch-fest that was called a double disqualification and caused most of the fans in the Trump Plaza to groan. Both Hogan and Andre were eliminated, and DiBiase would get a bye into the finals. The problem with having Hogan only there for one match is that WWF fans were always trained to understand that Hogan would be in the main event. This time, Hogan was gone early and it caused a lot of the fans to leave as well. Only the die-hard wrestling fans were going to stick around for four hours without Hogan.

After defeating Reed, Savage also went through Greg Valentine in a decent match. He would go on to face the near 400-pound One Man Gang. The Gang defeated Bam Bam Bigelow by countout earlier. Bigelow was the hottest young wrestler in the federation just one year prior. It was the dumbest finish of the night as Bigelow sat there and watched the ref count him out while he was standing on the apron trading blows with the Gang. Savage defeated the Gang in another terrible finish as the Gang decided to use the his manager Slick’s cane on Savage right in front of the referee.

So the table was set. It was Randy Savage vs. Ted DiBiase in the finals of the tournament to declare the new WWF Champion. There were five other matches outside of the tournament and none of them were very good. Bad News Brown turned Bret Hart face by winning a battle royal to start off the show. They double teamed the Junkyard Dog and threw him out and then Bad News double crossed Hart to win the match. The Barber, Brutus Beefecake beat the Honky Tonk Man by DQ in a meaningless match for the Intercontinental Belt. The one match that was meaningful out of the five undercard bouts was Demolition defeating Strike Force to win the tag belts, though in my opinion they didn’t win it in convincing enough fashion to get them over as a WWF version of the Road Warriors.

Jesse Ventura and Gorilla Monsoon as the announcing team made Savage out to be a complete underdog for having to wrestle four times and with Andre in DiBiase’s corner, they sold it like Savage had no chance. That was until Elizabeth brought out the Hulkster, giving the fans one more chance to see their favorite, and also to even up the sides. The finish was good, albeit a little rushed as Hogan broke DiBiase’s Million Dollar Dream sleeper with a chair shot to the back and Savage was able to hit his elbow off the top to finish the match and be crowned champ. Since Hogan would be doing No Holds Barred with Tiny Lister and David Paymer, Savage would have a full year’s run with the belt. To foreshadow Savage turning on Hogan the following year, they had Elizabeth bring Hogan down to the ring hand in hand. That subtlety was great and it kicked off the single greatest angle they did which would “explode” at WrestleMania V.

There wasn’t a single standout match on this show, and the tournament final was fine, but unspectacular.

In some cool trivia, Ted DiBiase was actually supposed to win the tournament. He was going to get the WWF Championship and Savage would get his IC Title back. But the Honky Tonk Man didn’t want to drop his IC belt to Savage. Vince then changed his mind to go with Savage as the top guy rather than DiBiase.